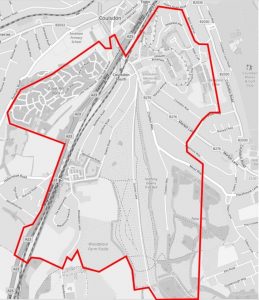 Since the Ward Boundary Changes in May 2018 some of the ECRA area is in Coulsdon Town Ward and some in Old Coulsdon Ward.

In addition to the core area, ECRA and its residents are interested in surrounding areas, particularly the Town Centre which is the Main Centre for all Coulsdon residents. 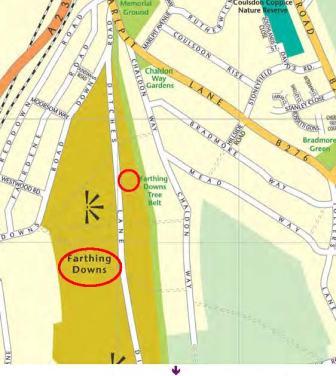 Within the ECRA area is the very popular Farthing Downs and Happy Valley, with its Saxon burial mounds and Iron Age field system which is a stone’s throw from Coulsdon South Station and the A23.

Friends of Farthing Downs run many events throughout the year.

Also within the area is the Marlpit Lane Recreational Ground with its Children’s playground, Bowling Green, Putting Green, tennis, netball and basketball courts.

Wilhelmina and The Netherlands – The area referred to as The Dutch Village is a Local Area of Special Character which will help to fight off developers and can be used as a reason to turn down applications.