For news and changes to local transport read our transport news updates.

Coulsdon South is on the Redhill corridor of the Brighton Mainline and is fully accessible with lifts. 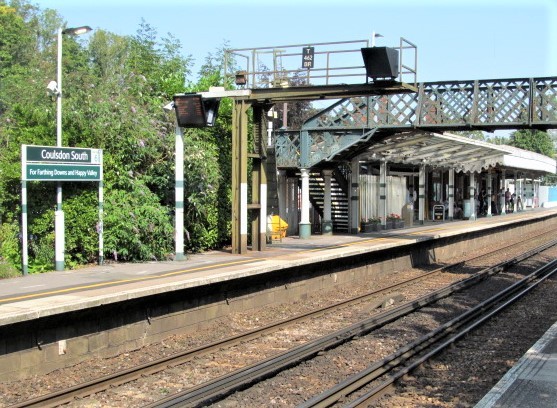 Coulsdon Town, formerly Smitham, is on the Tattenham Corner line. It is  fully accessible and has lifts to both platforms. 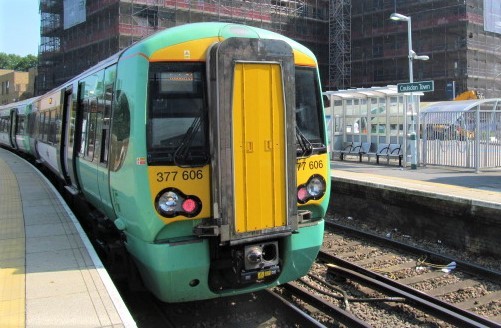 Semi-fast trains join at Purley with a portion from Caterham. All stations trains start from Coulsdon Town Monday to Saturday

Woodmansterne is on the Tattenham Corner line. It has steps to all platforms. 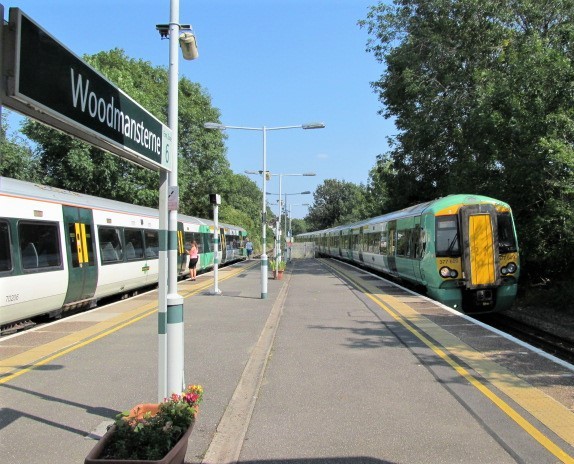 Semi-fast trains join at Purley with a portion from Caterham. All stations on Sundays.

As Coulsdon stations are in London Zone 6 there are two types of fare system in place. National rail fares to all stations outside the London Zones, and TfL fares to stations in the zones that include Oyster and contactless fares.

TfL fares are based on Oyster or Contactless card use within 6 zones in London and a number of additional zones and add on fares outside London, such as to Gatwick Airport.

Oyster can be used on train, bus, docklands light Rail, tram and Underground within the zones.

Oyster cards can be purchased at Stations and at local newsagents.

To find a fare in London you can use the TfL single fare finder.

If you would like to know more about Oyster, this independent Oyster guide is helpful.

Paper Tickers can still be used in London, but they are on the single peak fare. You can buy a return, but it costs twice the single fare. There is no off-peak fare available.

The exception to this is the Travelcard which can be used on train, bus, docklands light Rail, tram and Underground within the zones. This ticket can be valid for peak or off-peak travel and is valid until 04.29 the following morning. The peak version £18.60 Monday to Friday applies from 04.30 until 09.30 and the off-peak £13.10 from 09.30 and all day Saturday  and Sunday (both Oyster and Contactless will be cheaper regardless of time travelled). The Off-peak Travel card can be used on the 0918 and 09.24 trains from Coulsdon South before 09.30.

This can be used as the name suggests at any time on any train. These are available as single or return tickets which normally twice the price of a single ticket. Depending on distance the return ticket will be valid up to a month. You may also break your journey on route with an anytime ticket.

Off-peak tickets (these used to be called saver tickets)

These are available in single and return tickets. Shorter distance tickets will be day returns and longer distance ones will be for a month. Frequently off-peak return tickets cost only a little more than a single.  These are considerably cheaper than any time tickets but have a number of restrictions on the time of use. This is normally after 9.30am and not in the evening peak.

However, there are a number of exceptions to this. These include at Coulsdon South you can use an off-peak ticket or an off-peak Travel card on the 09.18 to London Bridge and Bedford and on the 09.24 to Victoria.

Longer distance off-peak tickets  places such as Bristol, Birmingham. Leeds and Manchester. The 09.30 restriction applies to the London Terminal or  a connecting station such as Reading and you may catch any train before 09.30 from Coulsdon to make the connection.

These tickets are issued by individual train companies and are cheaper than off-peak tickets but have a greater number of restrictions.

These give the greatest discount of all but will be restricted to a specific train. These tickets are frequently even cheaper from individual train web sites. 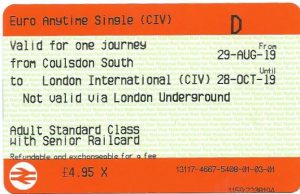 If you have purchased at Eurostar ticket you can buy a special CIV ticket from your local station to London St Pancras International.

This ticket  will ensure that if you miss your connection at St Pancras that you will be put on the next train at no extra cost.

You must have proof of a Eurostar journey to purchase the ticket and ticket must have CIV printed on it.

On National Rail child tickets up to the age of 15 are half the price of adult tickets. Although there often special offers when travelling with an adult that can reduce this.

On TfL children up to the age of 10 can travel free on the underground and the Overground services. They may also travel free on national rail services within the zones provided they purchase an Oyster zip card. Children between 11 and 16 require an 11-15 Oyster zip card and will be charged a child fare. 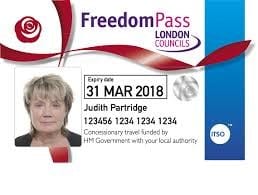 If you live in London and are aged 66 or over you are entitled to Freedom Pass from London Councils. This will entitle you to free travel 24hours a day on TfL services. Buses, Trams, Docklands Light Rail, the Overground, the Underground and TfL services to Heathrow (not the Heathrow express). You will also be entitled to free travel on National rail services within the zones on the first train after 09.30 Monday to Friday and all-day Saturday and Sunday.

The London Freedom Pass also acts as an English concessionary bus pass and is valid on all scheduled buses throughout England, However, local restrictions will apply. For example, in Surrey it is only valid between 09.30 and 11.00pm.

An alternative Freedom Pass is available for people with disabilities of any age.

If you live in London and are aged between  60 and 66 you can entitled a London 60 + pass and this has the same validity as the Freedom Pass in London, but it can’t be used outside London.

For people over the age of 60 you can purchase a senior railcard which will give you a third of the price of train tickets. Locally this will apply to tickets after 09.30 Monday to Friday and all-day Saturday and Sunday. On longer distance advance tickets there is no restriction on advanced tickets. You can obtain a yearly Senior Rail card at stations or online, and online you can also buy a three year version.

If you suffer from a recognised disability you can purchase a Disabled Persons Railcard. This not only gives you a third of rail price of a rail ticket it will also gives a third off to somebody accompanying you. It has no time restrictions. It can only be purchased online or by phone.

If you still use an Oystercard or live outside London you can have a Senior or Disabled Persons Railcard you can have these linked to your Oystercard. This will give you the 30% discount on both national Rail and TfL services within the zones without having to purchase a paper ticket. For people with a Disabled Persons railcard you will still have to purchase a ticket for an accompanied person. You can have the railcard linked to your Oystercard at the Tramlink shop in Croydon or at East Croydon station.

For couples who do not qualify for one of the other railcards. It gives a third off the price of rail tickets. It has a few more restrictions than other railcards. As the name implies it can only be used by the two named persons and they must be travelling together. It can be used singularly. You can obtain the Two Together Railcard at stations or online.

This gives a third off the price of train tickets for up to 4 adults and 60% off train tickets for 4 children between the ages of 5 and 15. Two adults can be named on the cards and can use it independently, but you must have at least one child in the group. The Family & Friends Railcard can be purchased at stations or online and online you can buy a three year version.

This 16-25 Railcard gives a third off rail tickets for young people between the ages of 16 and 25. There are some restriction to travelling locally before 09.30 Monday to Friday. It can be purchased at stations and online where there is a three year version.

If you buy or renew a three version when you are 24 and 11 months you can continue to use until it runs out.

This has been recently introduced for people from 26 to 30. It can only be purchased online or by phone and is only valid for one year.

If you purchase or renew your card when you are 30 and 11 months you can use the card for the rest of the year.

If none of the above railcards are for you then there is still a network Southeast railcard which will give a third off rail fares in the southeast of England. You can use it just for yourself or you can take up to another 3 adults and up to 4 children with you and they will obtain the discount.

The restrictions are:  it can’t be used before 10.00am Monday to Friday and there is a minimum adult fare of £13.00 on Mondays to Fridays. On Saturdays, Sundays and public Holiday you will also obtain a third off the off-peak One day Travelcard.

You can buy the Network Southeast railcard at stations or online. 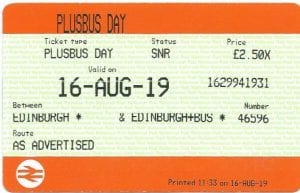 PlusBus is an add on bus ticket which is available in many towns and cities across Britain. It provides you with all day use of the local bus network at your destination.

You must purchase it when you buy your rail ticket. It is usually valid on all local operators, not just one for the whole day.

It is frequently cheaper than a one-day ticket purchased at the destination and you can also get a further discount if you have a railcard.