After Lengthy campaigning, Croydon Council installed two CCTV cameras in the centre of Coulsdon.  However, these do not give a clear view of the northern part of the Town Centre, Chipstead Valley Road and Lion Green Road.  East Coulsdon Residents Association is campaigning for additional CCTV camera to cover these areas but so far the Council are refusing to install additional cameras.  We continue to campaign

The names of the road in phase one are all names after the old wards of Cane Hill Hospital, these include such names as Chauce, Olave,  Paxton and Salisbury etc.We are also pleased that, after discussions with Barrett Homes and Croydon Council the main spine road was named Cane Hill Drive and not Cane Hill Road as originally proposed. Other names are of people who have been connected to Cane Hill in the past.

Below is a link to Cane Hill development.

ECRA,, along with other representatives from Coulsdon met with Brick by Brick about 18 months ago and several times since.  The plans for these three sites (they later split the Calat Centre site into two) were: –

Therefore only 30 to 50 public car parking spaces in total.

We suggested that instead they:

Brick by Brick have agreed to these changes and there will be 116 public long and short-term parking spaces.  Not quite 120 but we are still working on that.

The four Planning Application were approved by the Council.

Whilst the Residents Associations and the residents would much prefer LGRCP to remain as a much loved car park THIS IS NOT GOING TO HAPPEN, whether Labour, Conservatives or other are in power. The Mayor of London  is changing his London Plan (which supersedes Croydon’s Local Plan) to insist that Croydon build 10,000 more homes on top of the 30,000 already in the pipeline and that those are to be mostly high rise flats and little or no parking – public or private. He already objected that there are already too many parking spaces proposed on LGRCP in the current plans.

The compromise plans on offer are the best of a bad job and, unless you want worse which is threatened coming down the line from the Mayor then it is up to the residents if they want to keep on fighting.

Whilst there are justifiable concerns about the infrastructure problems these and other planning developments already in place will and have caused –  ECRA and the other RAs are also concerned -, the proposed Health Centre will at least partially address medical provision. We continue to fight for a A23 exit from Cane Hill. 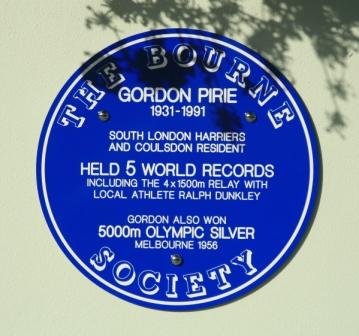